How to Remove Flow Restrictor from Shower Head

In 1994, the Energy Policy Act was passed providing specific standards for shower heads and faucets …  in order to conserve energy and water, shower heads were restricted to a max flow rate of 2.5 gpm.

If you have low water pressure, you may encounter a problem unless your shower head is engineered to handle low pressure.

How to Remove the Flow Restrictor from a Shower Head. 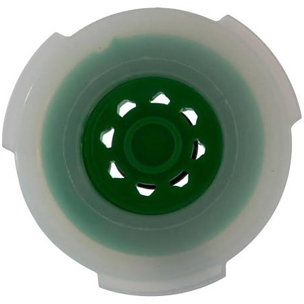 Step 1: Take the screwdriver  and, remove the gasket or screen and you should see the restrictor.

Step 2: Use the long nose plier to pull out the restrictor.  See the image on the right to get an idea what a restrictor looks like.

Step 3: Replace the screen and gasket.  Some people ask if the screen is necessary and the truth is, we always recommend leaving it.  Even if it’s been a few years and you’ve never had to clean it, we would recommend leaving it.  If some debris breaks off from the pipes and ends up clogging your shower head, you’ll have to go through the headache of taking it apart and cleaning it.  It will be a lot easier to just pop out the screen and clean it.