What a great way to start your day … and a relaxing way to end it.

There are variety of shower heads to choose from but nothing compares to the sensation of light rain drops.

Many of the newer rain shower heads are now air injected which basically means air is mixed in with the water giving each droplet a lighter, softer feeling.

There are other benefits to having rain shower heads installed over other types:

You don’t have to renovate your entire bathroom to make it look good.

By simply changing your shower head alone can make a significant difference to the appearance of your shower.

Some models offer multiple settings.  Sometimes you may want a bit of a change from a rain shower to a little bit of a stronger rinse

In most cases it’s as easy as flipping a lever.

Switch from the calming rain shower to a hard rinse or even a pulsating shower.

Get the right one and you’ll experience a sensation in the shower unlike no other.

A great shower can do wonders for your mind, body, and soul.

With the right rain shower head, you can turn any standard shower into an invigorating experience.

It can help you reduce stress, alleviate aches and pain, and improve blood circulation … and those are just a few of the perks you get. 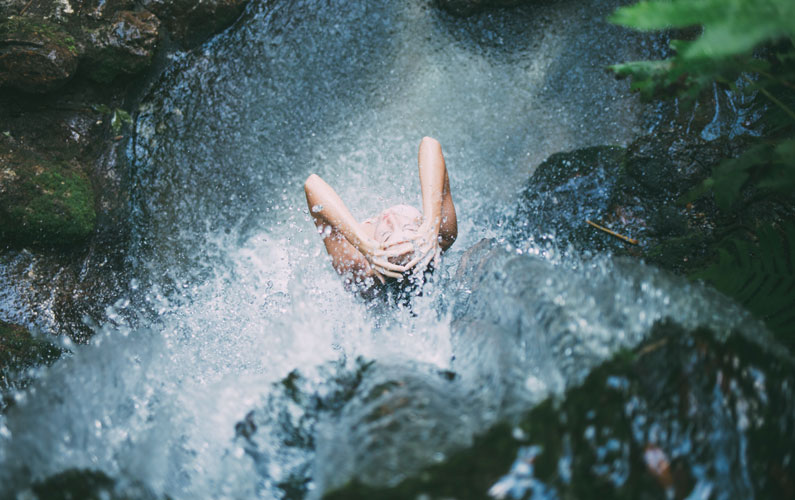 But get the wrong shower head and … 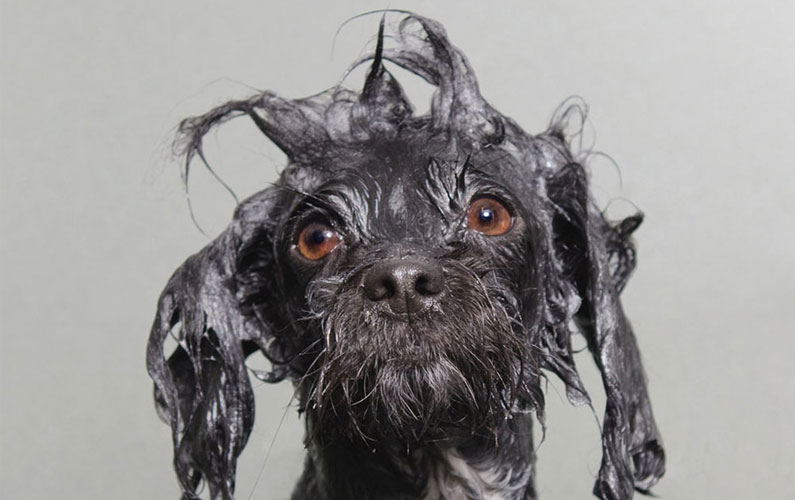 You can end up with the opposite effect … at the very least, a headache or a frustrating experience.

Who wants to deal with low water pressure or a unit that looks like something from a cheap motel?

Shower heads are an important part of the aesthetics to any shower but the overall functionality is equally important, if not more so.

Although standard fixtures remain common, you’ll find many people upgrading to improve the architectural style of their shower and adding value to the bathroom.

From various spray patterns, pressure options, designs, and mounting options, there are all kinds of creative units for virtually any budget.

We decided to create this guide to help you find the best rain shower head for your bathroom.

You’ll learn everything from price, benefits, and installation.

You’ll also learn about all of the options available.

What to Look For

Depending on what your needs are, there are several important factors you may want to consider when purchasing a new shower head:

Although not considered to be true rain shower heads, we decided to include them anyway.

It’s more of a preference rather than a necessity but more and more people appear to be interested in this feature as part of their requirement in a good shower head.

Truth is, having a shower head with optional spray patterns/modes only enhances your shower experience.

Each specific pattern accommodates the user based on their needs or preferences at that moment.

There are plenty of models to choose from.

Rainfall and pulsating shower heads appear to be among the favorites in the list of shower heads.

Here’s a list of some of the most common individual modes but note that many of the new modern shower heads now come with a combination of one, two, or all of the spray patterns and may also come with different names.

If you like all of them, why not get a beautiful shower head that provides all of them?

Grohe provides some good videos on the various spray patterns. 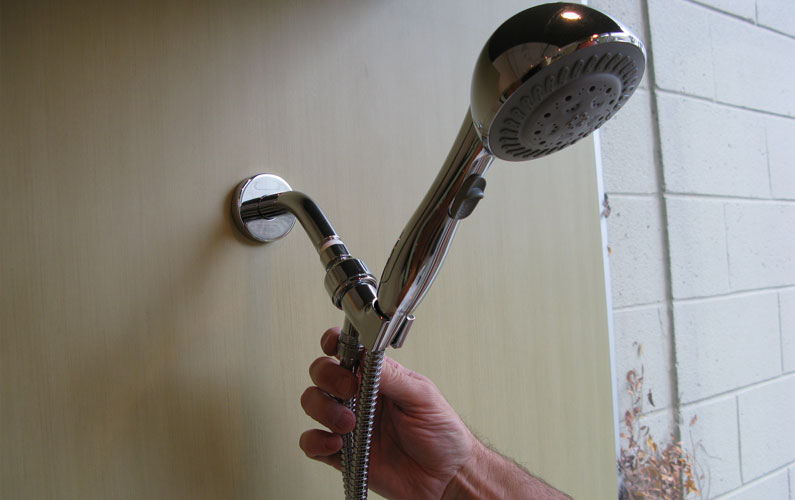 How easy is it to install?

Depends on the unit you’re installing.

If you’re just installing a shower head against an existing pipe … then it’s VERY easy.

Most shower heads are simple and most individuals can do it themselves.

Unscrew the old one, use plumbers tape/teflon to seal threads on the pipe and screw on the new one.

If you have a unit that’s a bit more complex such as flush, ceiling mount shower head, it will require a bit more work so you’ll need to follow the directions carefully or hire a professional. 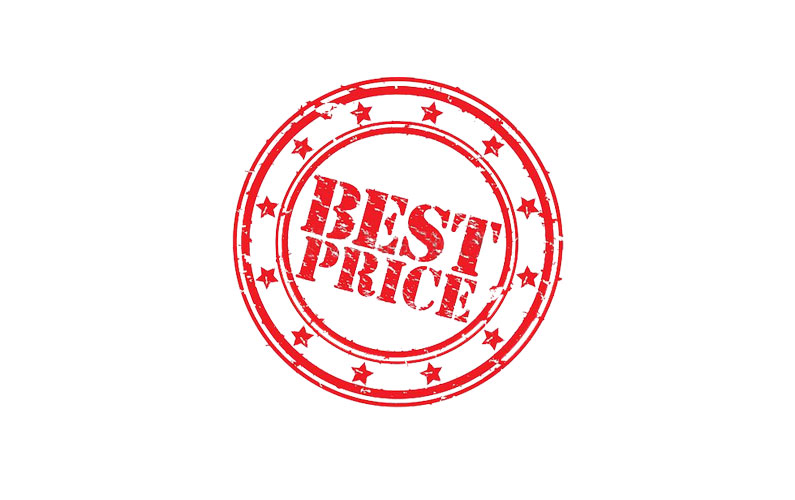 You’ve heard the idiom “you get what you pay for”.

Sometimes, however, you’ll get an unlikely  surprise and have a lower priced unit perform just as well, if not better than the higher priced units but we’ve only witnessed that with regular shower heads.

Fortunately, there are a couple of popular manufacturers that develop quality rain shower heads that won’t break your wallet.

An exorbitant amount of water is used in showers.

That’s why we now have strict laws in place passed down by the DOE restricting manufacturers from allowing their shower heads to exceed a flow rate of 2.5 gpm.

It really doesn’t affect the performance of the shower heads, however.

You’ll still get plenty of coverage but if you still demand more read about how to remove the restrictors in your shower head. 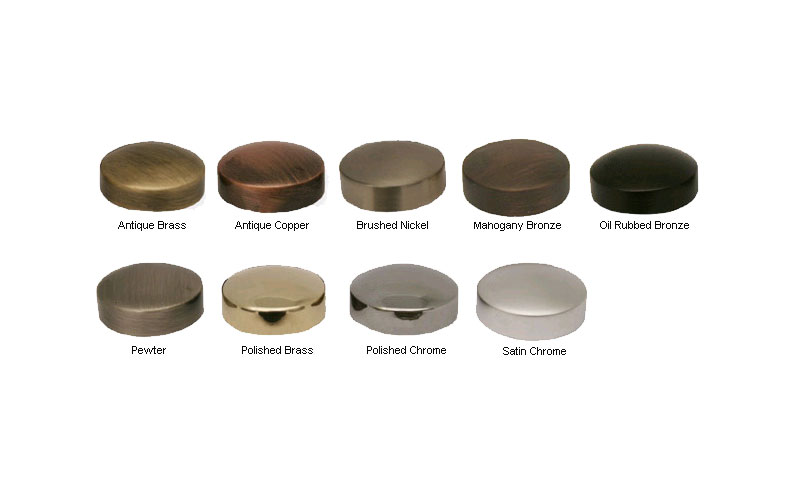 Bronze and nickel finishes are vastly popular and in many cases give the shower head a nice contemporary look.

There are a few types of rain shower heads: 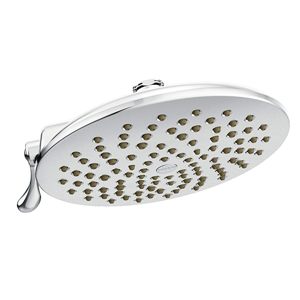 Usually the most economical of the group, wall mount shower heads are the standard and what you would typically see in hotels and most homes.

However, you’ll notice more and more wall mounted units breaking away from the single spray, simple design and offering more features and options.

Despite all of the fancy designs, sometimes less is more such as the way with rain shower heads.

If you’re ok with a simple design with a good selection of spray options and finishes, then our recommendation is the Moen S6320 Velocity.

Depending on the height of your ceiling in your shower, you may need an extended arm to lower the head enough for you to be able to reach the lever to adjust the flow.

Keep in mind, that are certain limitations to wall mounts in terms of the size of the shower head.

If you decide to go for larger unit, you may end up having to use and extended arm. Top mount or ceiling mount shower heads are exactly as the name implies.

They are installed directly overhead giving the user a drenching or rainfall experience.

Once you experience a shower with a ceiling mount fixture, you’ll understand the allure.

It’s a beautifully crafted shower head with an 8″ diameter, the perfect size for most showers and large enough to provide you with full body coverage. 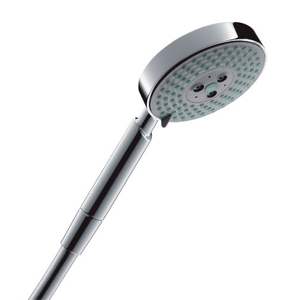 With a handheld shower head you can remove it from the holder and wash your body without wetting your hair.

The goose neck hose extends 3 to 6 feet and makes it easy for kids and pets.

And with the handhelds that have a height adjustment, seniors or disabled individuals can have a safer experience.

It comes in a great design where the shower head is integrated with hand held shower. 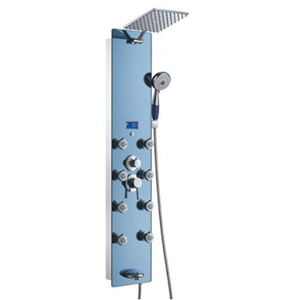 A shower panel or shower tower brings a luxurious look to any bathroom.

They typically come with the shower head, body jets, and a hand held shower head all conjoined in a steel, glass, or aluminum panel giving you a unique look.

Some of the more advanced models will come with a radio and LED display that provides the temperature. A popular model is the Blue Ocean Stainless Steel SPV878392H.

It is a beautiful panel that will surely have your guests complimenting your shower.

Why opt for a standard shower head when you can literally lighten the shower up with an LED-illuminated shower head.

Some have changing colors dependent on the water temperature and some are powered by running water instead of batteries.

You can use LED Shower heads as a means of enticing your kids to shower or simply install them and use them as way of beautifully illuminating your shower.

Our recommendation is the Powerspa Color-Changing 3 Way LED Shower Combo.

With 4 settings to choose from: rain, massage, rain/massage mix, and water saving economy, you can have an illuminated, rejuvenating experience. Who doesn’t like to listen to some calming music while taking a relaxing shower.

Depending on the make and model, you’ll be able to stream music from your cell phone via bluetooth, listen to the radio, and/or answer calls with the push of a button.

A recommended model is the Spa Living White Bluetooth Speaker Rain Shower Head which you can get from Amazon for about $45 with free shipping.

It comes in a sleek design providing you with up to 8 hours of music as well as providing a great rain shower experience.

A simple twist is all that is required to remove and attach the speaker to the shower head.

You can control music by simply pressing the buttons on the speaker.  The volume control can be used for both changing tracks or the volume itself by pressing and holding for volume control or quick press and release to change tracks.

Another button allows you to answer and end phone calls.

The sound quality is surprisingly good and clear even with the water running.

The only downfall we can see with this shower head is that they only provide the unit in white. 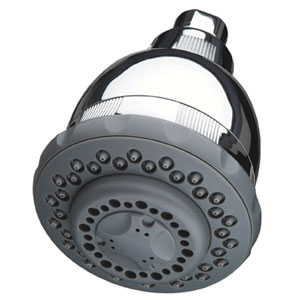 We all know the health risks associated with continuous exposure to chlorinated water, so what a better way to reduce chemicals than a filter built right into the shower head.

If you want to reduce the impurities in your water that damages your hair and skin, HotelSpa’s Ultra Luxury 6 Inch Rainfall Shower Head is an excellent choice and one of the very filtered rain shower heads.

It also reduces scale and sulfur buildup allowing for easier clean up.

The unit also provides you with 6 settings.

Aesthetically, filtered shower heads in general, may or may not appeal to everyone.  Some people don’t mind the “bulkiness” due to the benefits the filter provides and others may see it as just plain ugly.

Whatever your reason may be to replacing your shower head, just be sure to choose the right one that provides you with a relaxing comfortable shower and improves the overall look (if you intend on selling).